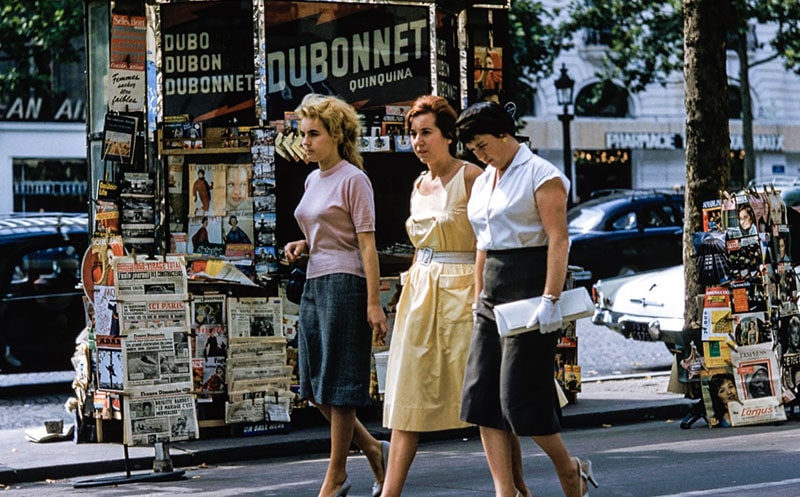 The evolution of fashion over the decades

Fashion has been an important part of our lives for thousands of years. Over the time, technology, politics, culture and social norms have experienced major changes. Fashion has reflected them in its ever-changing trend cycle evolution.

Discover in this article the most influential trends in women’s fashion from 1920s to present.

At the dawn of the 1920s, the world is still reeling from the First World War. The conflict has had a fundamental and irreversible effect on society, culture and fashion. The essential element of these new styles was a simplicity that had never been seen before in women’s fashion.

It was the popular boyish look that dominated much of the decade. Also known as the “flapper,” this look is characterized by dresses with a dropped waist and swept hems that could be created in economic fabrics

Coco Chanel helped popularize this style and was a designer of prominent at that time. The jewels are very present, in particular the large brooches and the long necklaces of pearls. The famous cloche hat (a fitted hat in the shape of a bell) is very popular. 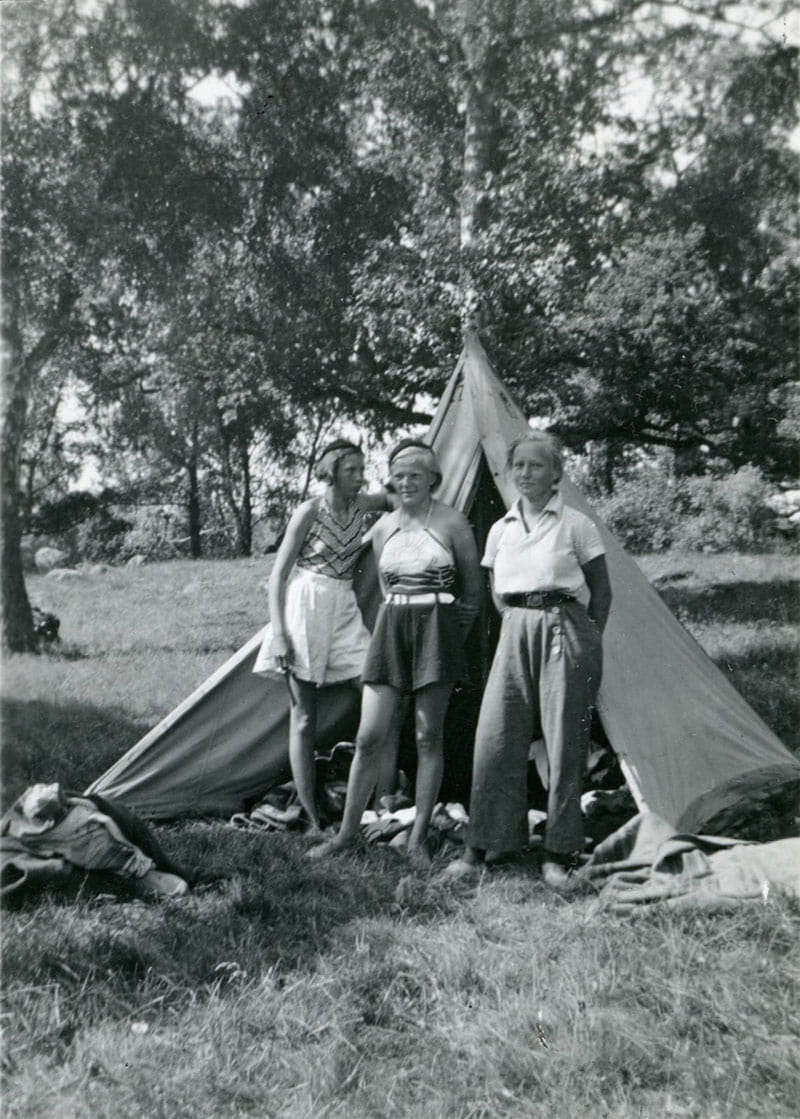 The drop waist androgyny of the previous decade gives way to a more feminine in the 1930s. Parisian couturiers introduced into their creations the bias cut, which allows the fabric to follow the curves of the body.

Long evening dresses, simple and tight, are very popular. Often they have a sloping back. During the day, the women wear woolen costumes with shoulder pads and fluted knee-length skirts. Stoles and fur collars from foxes are widely worn, as are small hats adorned with feathers or flowers.

The hair is short and close to the head, often with slight waves at the hairline. Sportswear and beachwear are becoming popular, and the tan is coveted for the first time. 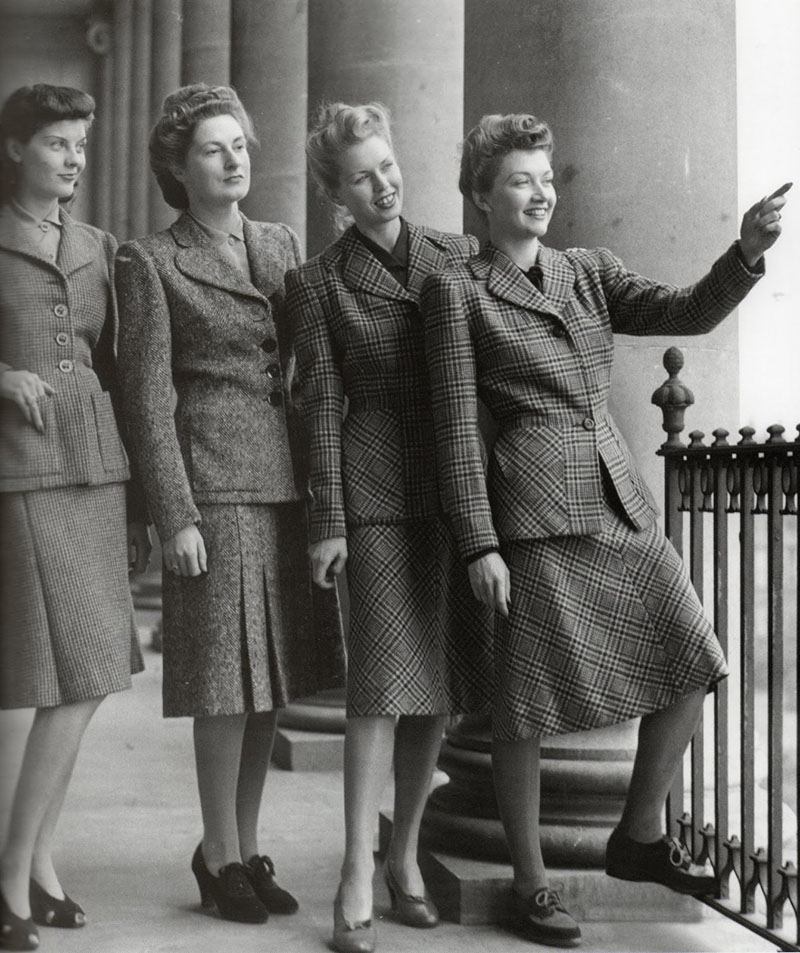 The late 1930s brought with it the start of World War II. Like the First in the 1910s, it had a profound impact on fashion. She trained a severe shortage of fabrics, which lasted until the end of the decade.

Garments were made with minimal fabric, few wrinkles and no trimmings. Skirts fell a little below the knee and were straight, worn with square jackets and wide, padded shoulders. Many men and women

From 1942, some garments were made under governmental public utility program that rationed materials. They are identified by a “CC41” stamp, short for “Civilian Clothing Act of 1941”.

During the war, accessories were important because of their relatively low and affordable prices. Platform shoes, sandals and floral hats were in fashion. The hair was worn long, with stylized waves on the top of the head.

In 1947, Christian Dior presented his “New Look”, which revolutionized the fashion of decade. Skirts are getting longer and fuller, and square shoulders are softened to become inclined. The sizes are cinched and the hats become large and in the shape of saucers.

The 1950s continued the style of the late 1940s with skirts that were very loose, cinched waists and sloping shoulders. Day clothes consist of skirts, jackets and dresses in tweed and wool. Dresses with pencil or full skirts are made in plain fabrics or floral prints.

The hair is often cut quite short and curly, or kept long and tied in bun or simple ponytails at the back. Although it is increasingly acceptable for women to wear pants for some occasions, the general mood of fashion in the 50s leans towards femininity and formality.

At any time of day, throughout the decade, he was extremely important that a woman be impeccably enhanced. It means hair perfectly groomed, flawless make-up and matching accessories. 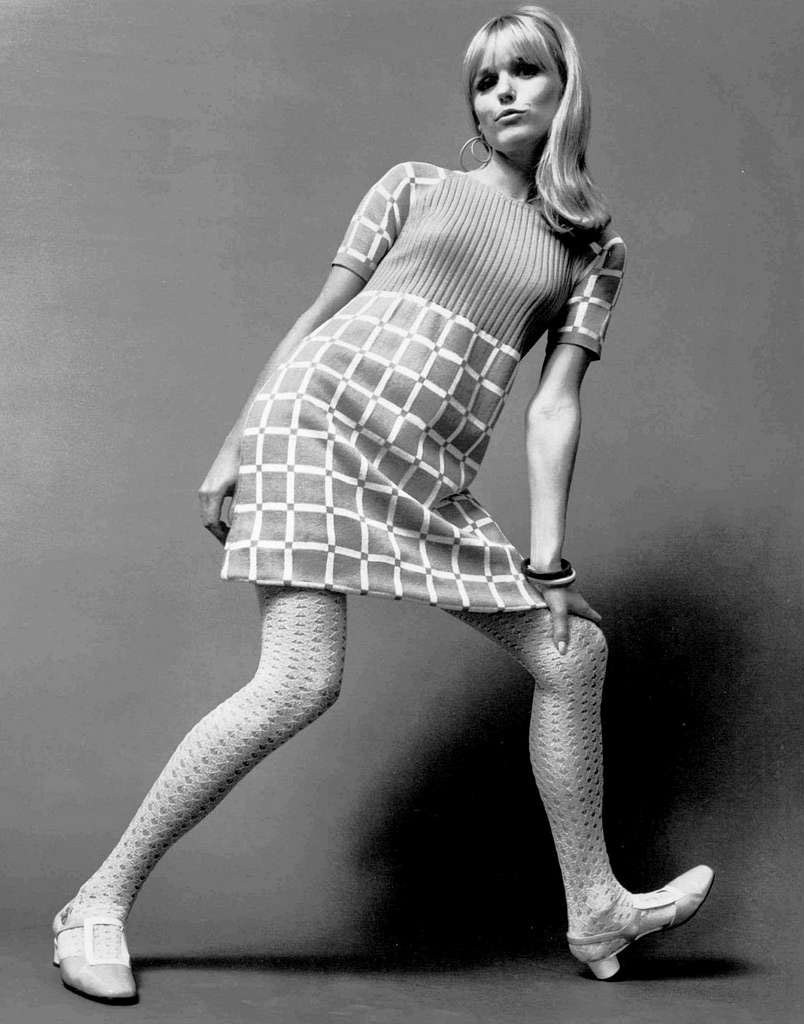 Young people’s incomes are at their highest since the end of the Second World War. This creates the desire for a wardrobe that does more than copy adult outfits.

Designers like Mary Quant and Biba label clothes intended for specifically to young people, of which the mini-skirt is the most distinctive introduction.

Women wear pale foundation and outline their eyes with kohl, mascara and false eyelashes. The hair was long and straight or worn in a bob shape.

Towards the end of the decade, the American West Coast hippie movement emerged, experimenting with colours, patterns and textures borrowed from non-Western.

Older or more conservative women still tended to wear skirts below the knee with suitable jackets, coats or cardigans.

While daytime looks look to the past, evening wear is, decidedly modern. Although this decade has been dubbed the “Decade of polyester”, satin, sequins and velvet dominate the dance floor. While the disco is becoming more and more popular, women’s party wear is becoming increasingly glamorous.

Throughout the 60s and 70s, women gained more and more sexual freedom, which is reflected in their clothing. New styles have been created and the women began to wear clothes heavily inspired by men’s clothing.

This is a big change from previous years, where the pants were only considered acceptable only for days spent at home. Again patterns, like animal print, and accessories like fur coats the make it even more extravagant.

The 80s gave way to the elegant sportswear and soft style of the “new romantics”. This trend is exemplified by Jennifer Beals’ outfit in the film Flashdance from 1983. 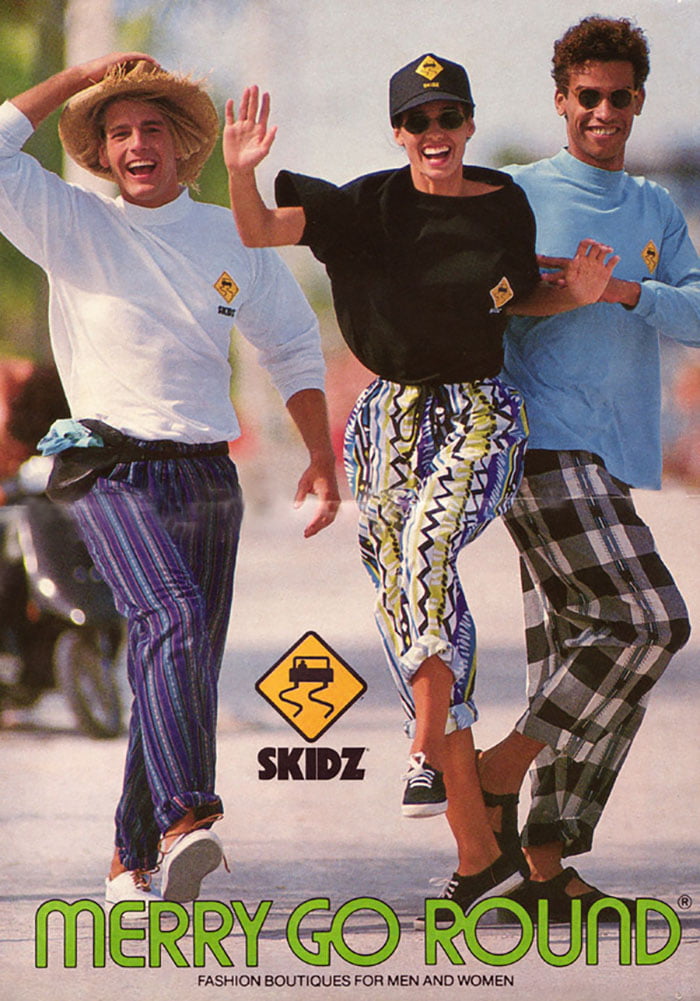 During these years, fashion continued to evolve towards a more casual style and towards minimalism.

The 80s sportswear looks continued into the early 90s with the biker shorts, leggings, Keds and oversized sweatshirts.

The “sexy schoolgirl” look, seen for example in the film Clueless and, later, in the music video “Baby One More Time” by Britney Spears, became popular. Sweaters that are too small, doll t-shirts and knee-high socks make up this look.

Along with the new casual and bohemian styles came low rise jeans and crop-tops, which will be the hallmark of the coming decade.

In the early 2000s, flared and low-rise jeans were very popular. In 2005, skinny jeans made their appearance and became commonplace. The jeans worn – torn, frayed, or otherwise worn – are a hallmark of the era.

Throughout this period, celebrities have played an important role in the choices of consumers.

Another very fashionable style, made famous by Lindsay Lohan and Paris Hilton in particular : the Juicy Couture tracksuit. It was tight and velvet. The predominant color was the pink.

Fashion is no longer solely influenced by music stars, actors or presenters, as has been the case for decades. She is also influenced by so-called influencers. They serve as a unit of measurement for many retro trends of our time.

Millennials consume far more than they create, which may partly explain why the men and women of the 2010s didn’t really create their own style.

The disappearance of clear barriers between the sexes, which began in the 1970s, continues. Thus, since the early 2010s, cosmetics, fitted cuts, voluminous scarves and soft colors are no longer reserved for women. The wide pants and large coats, meanwhile, are no longer intended only for men.

However, the ideal of bodily beauty has changed. In the 2000s, the female body was considered pretty above all else when he was slim and athletic. Generation Y does not have well received this cult of thinness and the perfect body. Quotes on the subject of “loving each other oneself” flourish on social networks. fashion today

The early 2020s have already been a weird time for fashion due to the pandemic of the coronavirus. Most people have been forced into confinement for more than 18 months, which directly affected the trends.

Loungewear was worn the most during lockdown. Chanel having even displayed a “comfortable, carefree and without ulterior motive glamour” during the Paris Fashion Week 2020.